Review: The stars shine in 'A Wrinkle in Time' 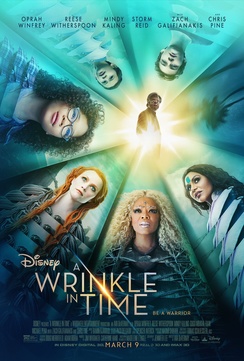 If you told the average adult that there was an upcoming film starring Oprah Winfrey and Reese Witherspoon, you would most likely get an excited response in return. If you said the same thing to a five-year-old, they would most likely ask if there are robots or dinosaurs in it.

The innocence of youth is an amazing thing and that wonderment of the world is something that we slowly lose as get older and become more jaded. But, a funny thing happens when you have children, you get the opportunity to tap into that splendor one more time and experience the world through their eyes.

That's a long way of saying that a decade ago when I was still a single man with no children, there's no way I would have watched A Wrinkle in Time. Flash forward a decade and two kids and suddenly the prospect of sharing this film and the delight in their enjoyment of it became our touchstone Saturday night event.

For those unfamiliar with the popular young adult book, A Wrinkle in Time tells the story of three young children who team up with three celestial guides to search for a missing father and to do battle with evil forces that are threatening to destroy the very fabric of space and time itself. Oh yeah, there's some weighty science fiction thrown in and watered down to be accessible by the film's target demographic.

The three celestial guides are played by the aforementioned Oprah Winfrey, Reese Witherspoon and Mindy Kaling, but it should be noted that they aren't the main focus of the plot. They are all featured prominently in the marketing of the film to capture the parents' attention, but the real stars are the young cast led by newcomer Storm Reid and Levi Miller.

We have touched on the amazing work that Levi has turned in on previous reviews, but Storm's performance in this film was a revelation. For a 14-year-old, she has a smattering of credits that you've never heard of, but that's about to change. She not only holds her own against the A-list cast but often steals the scene.

If you ask any child that has seen the film about the cast, they will immediately gravitate to the younger cast members and only see the top-notch Hollywood actors as supporting characters that help, or hinder, the heroes on their path. Like the book, there are several universal themes that play out in the film that provide great conversation starters with your children. Even though our kids are only 6 and 4, we were still able to talk about the aspects of the movie that pertains to their everyday life in school.

Director Ava DuVernay, whom you may remember from Selma, continues to impress from the director's chair. She is continually expanding her repertoire and the future is indeed bright for her.

I was fortunate enough to review the 4K UHD Blu-ray version of the film and the movie's fantastical worlds are best suited for this superior format. The HDR truly makes the color pop off the screen and the lush texture of the various worlds that they navigate to are replicated in amazing detail on this version. This is a film where you can easily see the differences between 4K and Blu-ray and why the 4K version is a better representation of the filmmaker's vision.

On the audio side of things, the Dolby Atmos track blows the 7.1 DTS track on the Blu-ray away. There are several action sequences that allow the Atmos track to broadcast within the full spectrum of true surround sound. The result is a magnificent audio track that is properly balanced. The dialog is not washed out at any point and it truly sets itself apart from the included audio track on the Blu-ray.

The bonus features are a bit sparse with only a deleted scenes, an audio commentary, bloopers, and music videos but the "A Journey Through Time" featurette almost single-handedly saves the day. It provides some context and motivation for the all-star cast and why they were initially attracted to the project. Fair warning though, if your kids are anything like mine, their eyes will gloss over while they reach for the iPads.

Overall, I can see how this film wouldn't hold the interest of a non-parent adult, but kids will absolutely love it. In many ways, I thought the film reminded me a lot of The Neverending Story, which is another movie that I suppose we as kids enjoyed significantly more than our parents. And yet, if you watch A Wrinkle in Time with a child, you will enjoy it almost as much as them.

A Wrinkle in Time is now available on 4K UHD, Blu-ray and DVD. 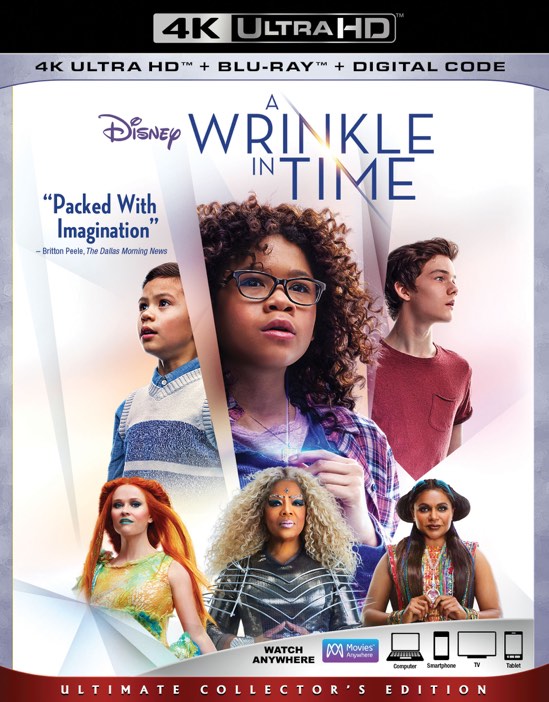 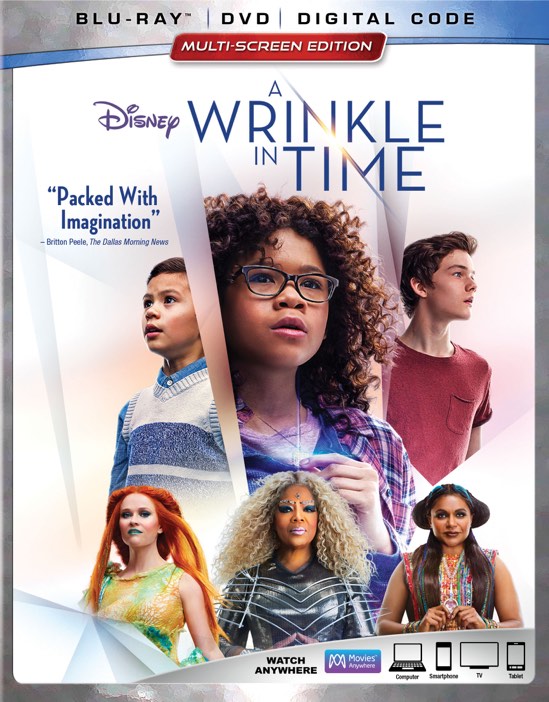 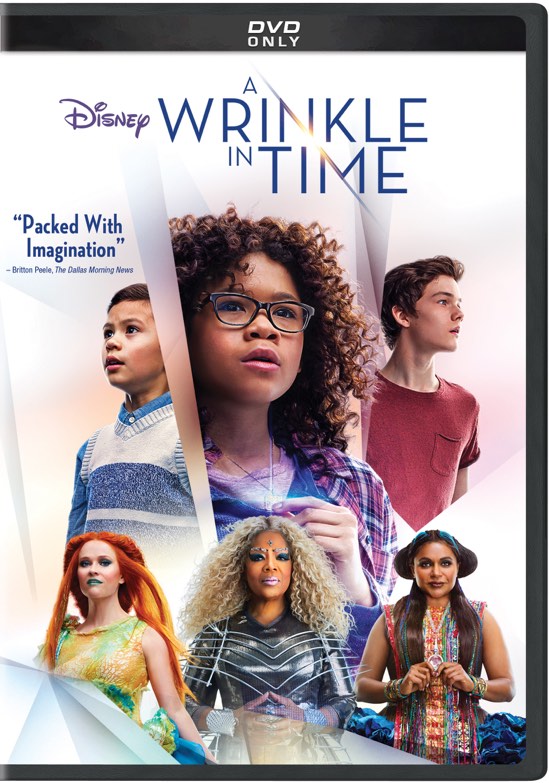