Review: 'Better Watch Out' is the new standard for holiday horror 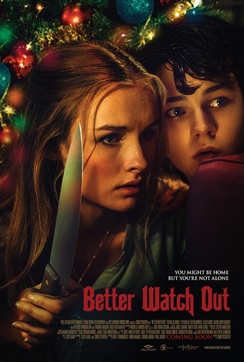 We all know the traditional, family-friendly Christmas films that delight and entertain us every holiday season. From White Christmas to It's a Wonderful Life to Elf, there are countless classic Christmas to fill the season and it seems that the Hallmark channel is churning out new ones by the hour.

However, there is another type of Christmas film that has its own horde of followers and that is the holiday slasher flick. Whether it's Gremlins or Die Hard, there seems to be a particular demographic that rather enjoys mixing in some violence with their eggnog. I consider myself to be a proud card-carrying member of this sadistic subset, and no, I don't consider Die Hard a true Christmas movie.

While there may have been earlier films to mix murder with holiday merriment (like Black Christmas), it was 1984's Silent Night, Deadly Night that really put this micro-genre on the map. As many of you know, I was on the verge of my teens when this film came out and I was crazy for horror in those days, so I naturally sought out Silent Night, Deadly Night. It was great (the requisite sequels were not) and a new passion was created.

In recent years, the Holiday Horror has experienced a nice little renaissance thanks to Rare Exports: A Christmas Tale, Santa's Slay and Krampus among many others. This year, a new standard for Christmas Chiller has been set with the release of Better Watch Out.

The film starts as a straight-ahead terrorize the babysitter film but things quickly go sideways and the film really hits its stride. Before it's done, Better Watch Out espouses the look of the beautiful love child of a weird menage-a-trois involving American Pie, When a Stranger Calls and American Psycho.

The film, directed expertly by Chris Peckover, makes a smooth tone transition that would normally be unsettling thanks to the strong performances by its young cast. Mixing horror and comedy is one that takes a steady hand and when it's done expertly, you get results like Better Watch Out. I could go into much more detail, but I don't want to ruin the experience for anyone as there are a few surprises along the way.

I do think that it's important to call out several of the great performances in the film. Olivia DeJonge plays the lead role of the babysitter and demonstrates a remarkable ability to stay within the character without giving in to the easy clichÃ©s. An Aussie actress, you will most likely remember her for her turn in M. Night Shyamalan's return to relevancy The Visit.

Speaking of The Visit, the film also starred Ed Oxenbould who would later re-team with Olivia in Better Watch Out. You might recognize Ed from his titular turn in Alexander and the Terrible, Horrible, No Good, Very Bad Day. Or not, given that his Better Watch Out character enjoys smoking weed which is a massive 180 from his earlier turn in the Disney film. As best friend Garrett to the protagonist Luke, Ed shows impressive range and provides several of the best comic beats in the film.

Finally, Luke is played by Levi Miller which is a name that I recognized but I had trouble placing him while watching Better Watch Out. It wasn't until after the film finished that I did some research and lo and behold, Levi played the titular character in the Universal film Pan. While I don't recall being blown away by his performance in Pan, I seem to remember that his performance was adequate and far from being the reason that film flopped.

By contrast, Levi is easily the breakout actor in Better Watch Out and the film wouldn't have worked as well as it does with a lesser lead actor. He demonstrates a natural control over simmering emotions and delivers a deliberate performance that dances on the line of privileged and psychotic in a way that really resembles a young Christian Bale. With upcoming roles in 2018 in the films A Wrinkle in Time and American Exit, he could be headed for a massive breakout in the near future.

If all of that wasn't enough to convince you give Better Watch Out a chance, then let me appeal to all of those Stranger Things fans out there. There's a small part played by Dacre Montgomery, who most people will recognize as Billy from Season 2. He also played the red Power Ranger in Power Rangers, but no one saw it, so the chances of you knowing him from that are quite slim.

Better Watch Out is an instant holiday classic that is filled with equal parts blood and laughs. If you like a little spooky in your Christmas cookie, then you'll want to check out Better Watch Out. I would recommend a double feature with Gremlins that is guaranteed to get you in the holiday spirit, especially if your extended family is as quirky as mine.

Better Watch Out will be available on Blu-ray and DVD on December 5. 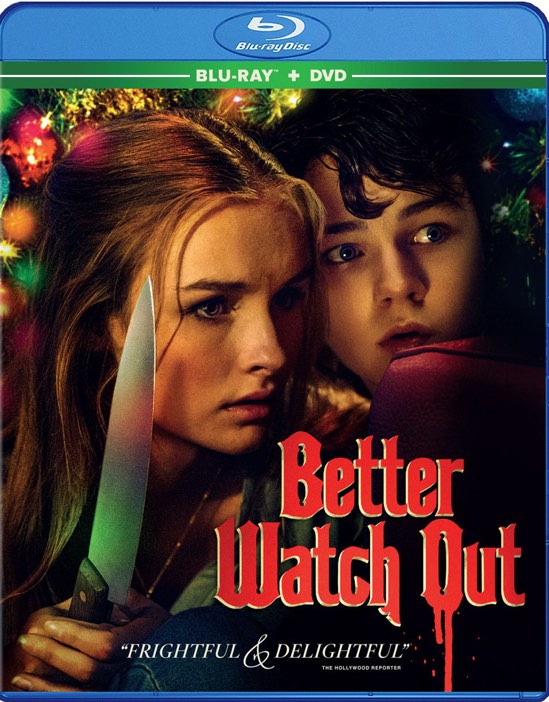 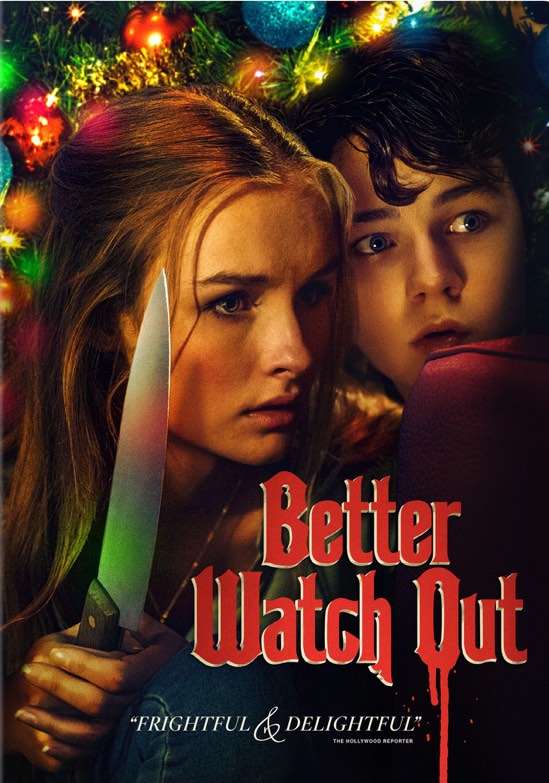